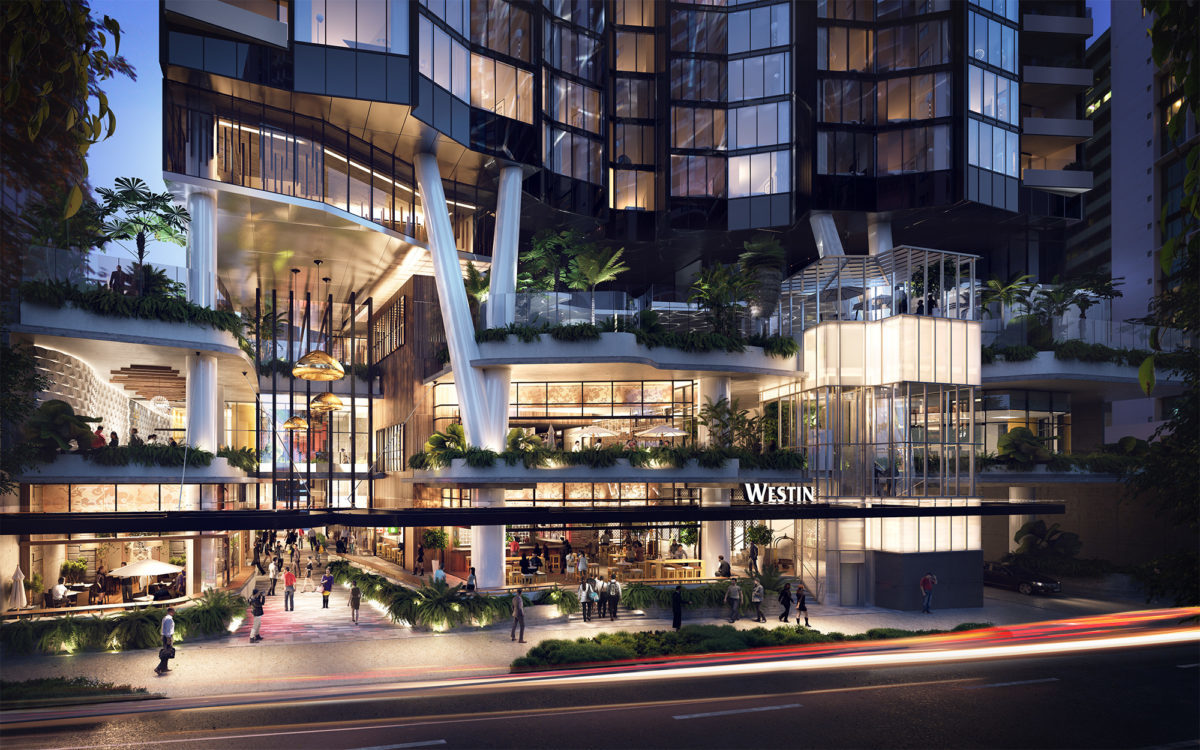 To announce that Starwood Hotels & Resorts has signed The Westin Brisbane – a new build hotel in Brisbane city centre. Communicate Starwood’s growth and position within the Australian hotel market, whilst also driving awareness about the Westin brand and its core values.

GTI’s PR team coordinated a press conference on site where the hotel is being constructed and invited local media to attend, including broadcast (TV and radio) and business and development press. Senior spokespeople from Starwood Hotels & Resorts, Pacific briefed media on the hotel and answered any questions about the property. The Lord Mayor Graham Quirk was also invited and secured to say a few words on what the development means for Brisbane’s tourism industry. One-on-one interviews were coordinated following the press conference, to ensure media left with a unique sound bite.

To reach a national audience as well, phone interviews were secured and coordinated with the property writers at the Australian Financial Review and The Australian, as well as industry trade title Hotel Management.

In conjunction with the local press conference, press materials including a press release and hotel renderings were distributed to national and regional business, development and trade media, as well as key industry partners, such as Brisbane Marketing, Brisbane City Council, Tourism Events Queensland and Tourism Australia.